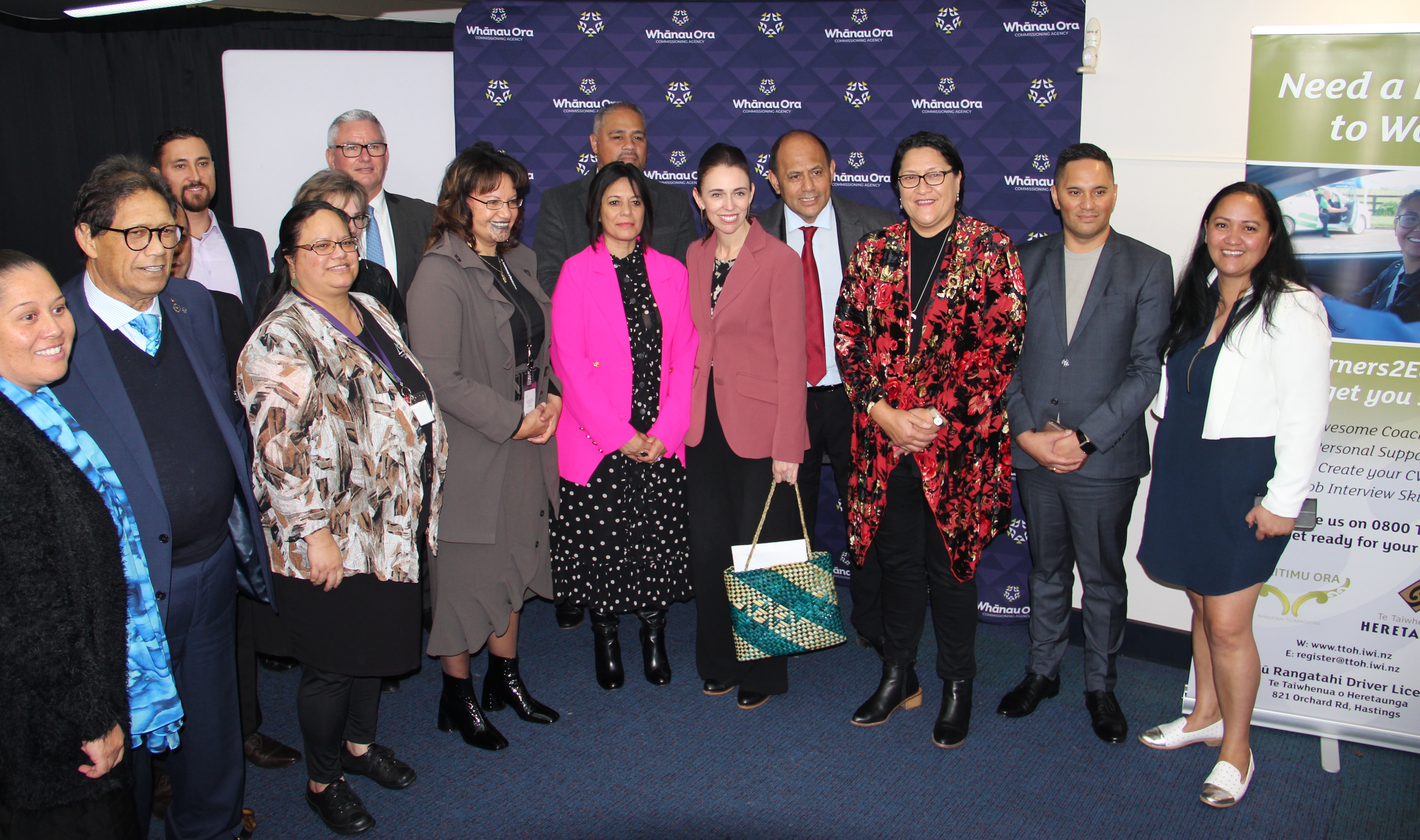 Members of Takitimu Ora were given the opportunity to raise issues and discuss barriers for whānau moving forward with the Prime Minister. Des Ratima of Whānau Tahi Trust says that “safety for māmā and pēpē is paramount, this includes safety planning alongside community agencies.”

Ngā Tini Whetū refers to ‘the many multitudes of stars’ and takes an integrated and strength-based approach to assist whānau. This programme is funded by Whānau Ora Commissioning Agency who seeks co-investment, co-design and co-production opportunities that support whānau aspirations.

Ms Ardern has promised to return to Heretaunga and meet with Takitimu Ora to ensure that all parties are accountable to whānau.

+ Text Size -
Do NOT follow this link or you will be banned from the server!